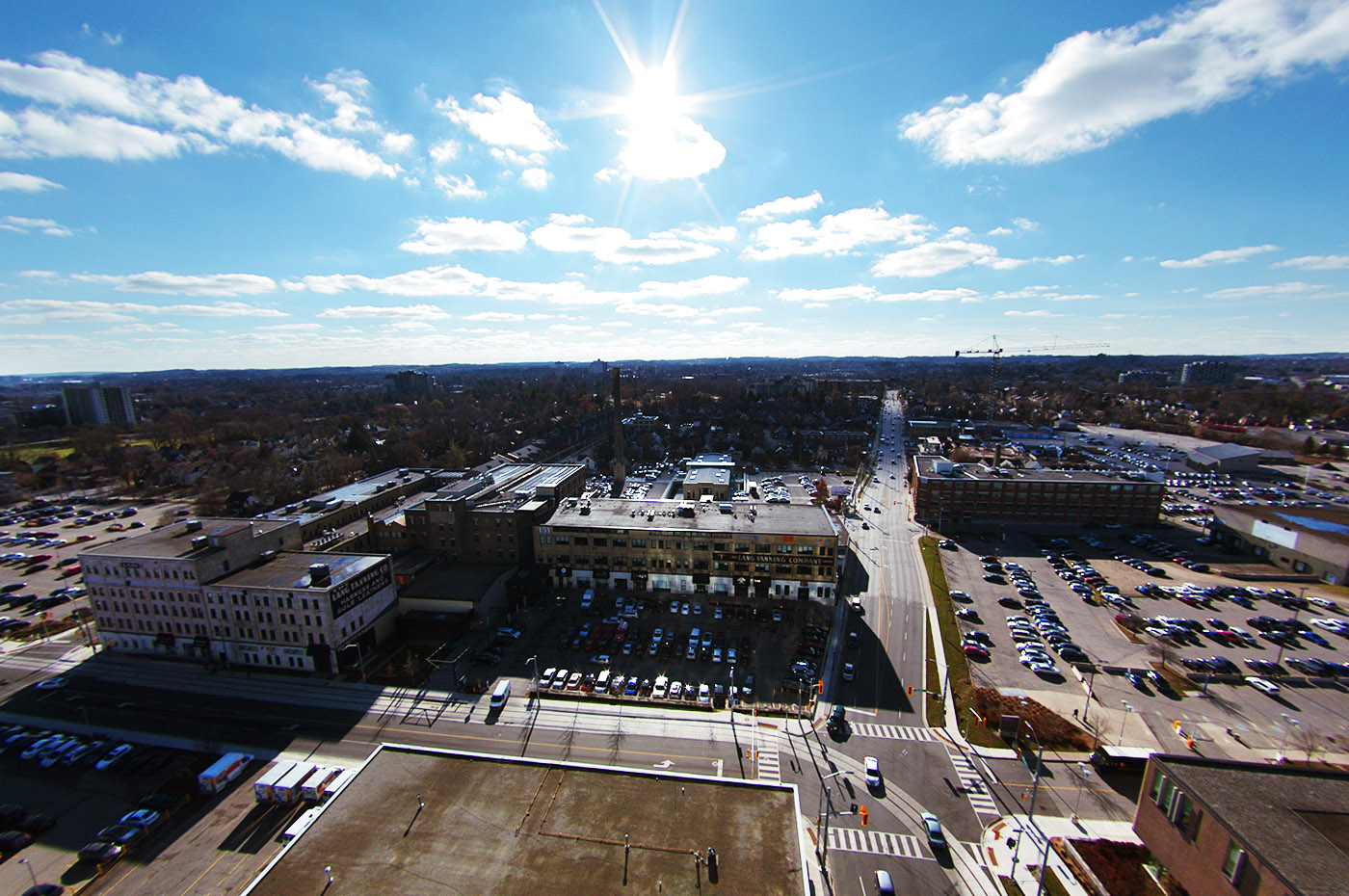 Everyone loves some good news, right? In an article published by The Record this week, Manulife Financial announced they have filed a site plan application with the City of Kitchener to redevelop the parking lot bounded by Charles, Water, Joseph and Francis streets. This redevelopment could include a grocery store on the ground level and condos above! (Oh by the way, when we said good news, we really meant FANTASTIC news!)

The article shares that the site plan application calls for a building with 25 floors and includes a supermarket on the main floor. The first five floors will form a podium, creating a base for the tower that would rise above it. "The mixed-use building is ground-floor retail and above that are four storeys of offices, and then the 20-storey residential tower above that," said Katie Anderl, a senior planner at the city handling the application. Manulife bought the property for a parking lot after it purchased the former King Centre shopping mall in 1999, where more than 2,000 employees currently work, and we’re happy to hear that they’ve got no plans in changing that. "Manulife is committed to Kitchener and Waterloo, the home of our Canadian headquarters," said MacLean.

The Region of Waterloo has seen a steady rise in financial and social growth over the last few years, and it’s apparent that a new economic wave will strike yet again in 2018. With the support of major world-leading companies such as BlackBerry, Microsoft and Google’s Canadian Development Headquarters situating in the KW communities, we can’t help but anticipate many more innovative and world-wide companies to join. (That alone make us so proud and honoured to be a part of this city!) Now of course, these world-renowned companies that we may drive past everyday is an exciting thought (and sight) but how exactly do they impact the region socially and economically? In other words, how do they truly generate wealth for the city and improve living standards? Let’s take a look.

The good news- Waterloo Region continues to have one of the lowest unemployment rates in the province. The big news- the labour market expanded for a ninth-consecutive month to register its longest job-creating streak since before the financial crisis nine years ago, Statistics Canada stated in September 2017. In addition, CTV News Kitchener shared that the increase of 22,200 jobs in August 2017 also helped nudge the unemployment rate to a nine-year low of 6.2 per cent, down from 6.3 per cent in July. The labour market grew 2.1 per cent in August compared to a year earlier. From the addition of 374,300 net new jobs, 57 per cent of them were full time! the region’s unemployment rate dropped, and 4.4 per cent marks its lowest level since January 2005.

Google has created hundreds of jobs and plans to keep growing and hiring staff. Microsoft has employed over 7,000 employees out of the Waterloo Campus, and with celebrity entrepreneurs and billion-dollar online brands buying into Shopify, the company expanded to Waterloo in 2016 with their team now consisting of more than 250 staff. There truly is so much potential in this region, and simply put- more companies means more jobs, more jobs means more staff, more staff means more money...and well, we know what more money can do to help build a stronger region.

We are so excited to hear that new developments continue to pop up and feed this stunning region we call home. Strong, well established cities generate wealth, and if cities are our most powerful engines of growth, it’s simply our responsibility to support local businesses and nurture the jobs and opportunities within them. Manulife’s vision to locate in downtown kitchener means more growth, more possibilities, more wealth and more opportunities. It is a marvellous thing, and we can’t wait to see it come to fruition!

Have an amazing Friday!!