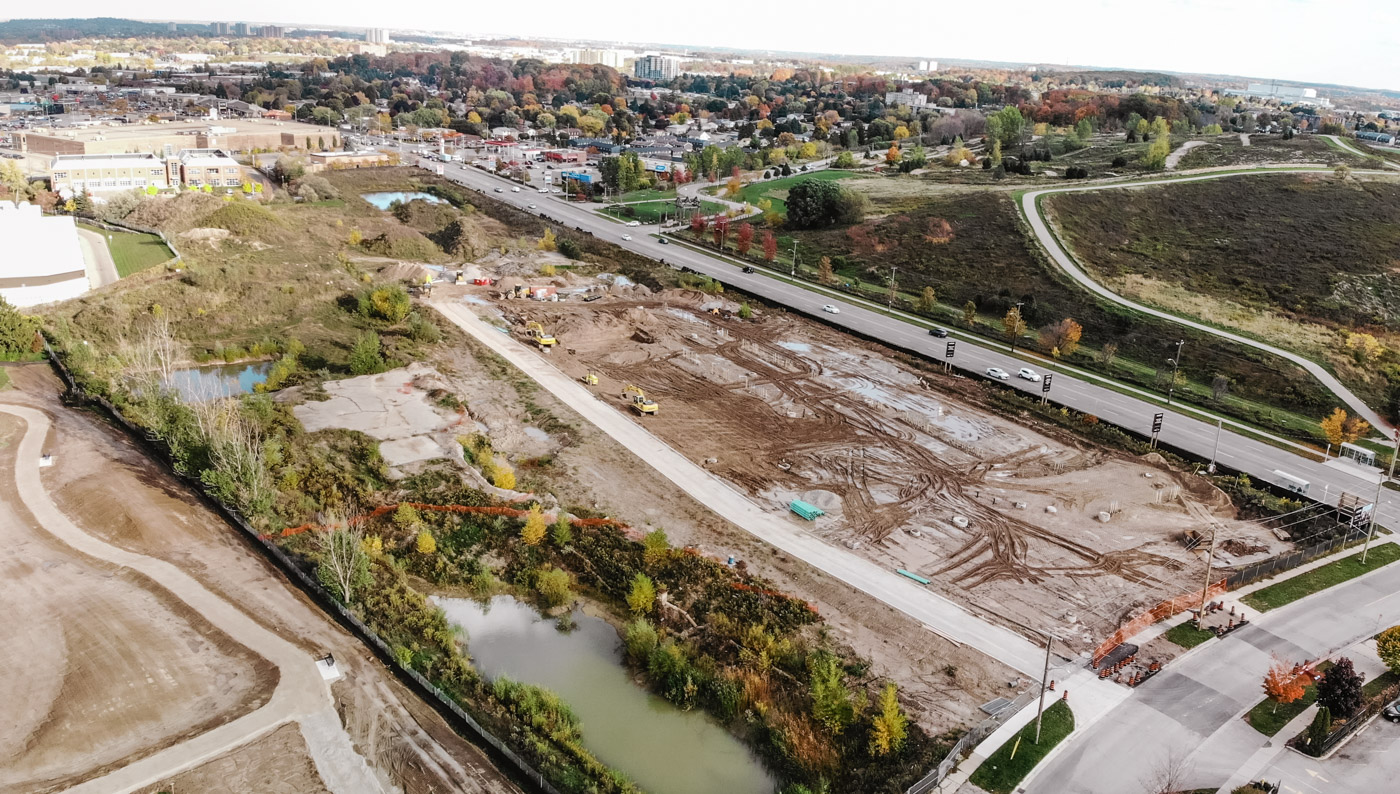 It's hard to believe that it's November already! Despite the overall uncertainty of 2020 the condo real estate market in the Waterloo region has continued to be extremely robust. In case you missed it, be sure to check out this video where Condo Culture Co-founders Scott and Jeff discuss some of the key condo market highlights including trends in new development in Kitchener, Waterloo, Cambridge, Guelph and Hamilton so far for the year.

In the last few months Condo Culture has helped to successfully launch two stack town projects, Urban Towns at Wallaceton by Fusion Homes and Parkside by Averton. With unbelievably high demand for both projects, unit releases sold out within a matter of days.

This week we check out some awesome construction drone pictures, discuss how these projects are progressing and give you an idea of what you can expect in the next few months. 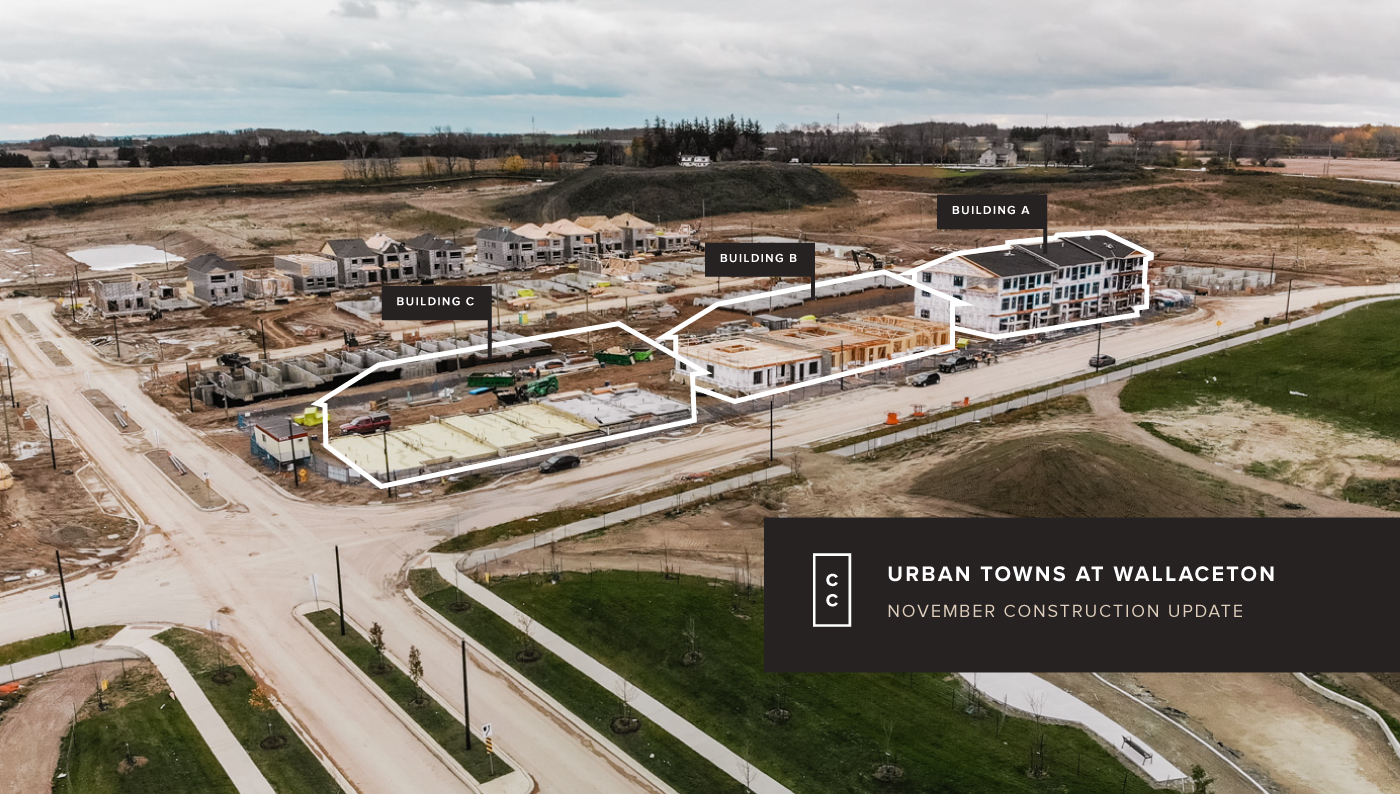 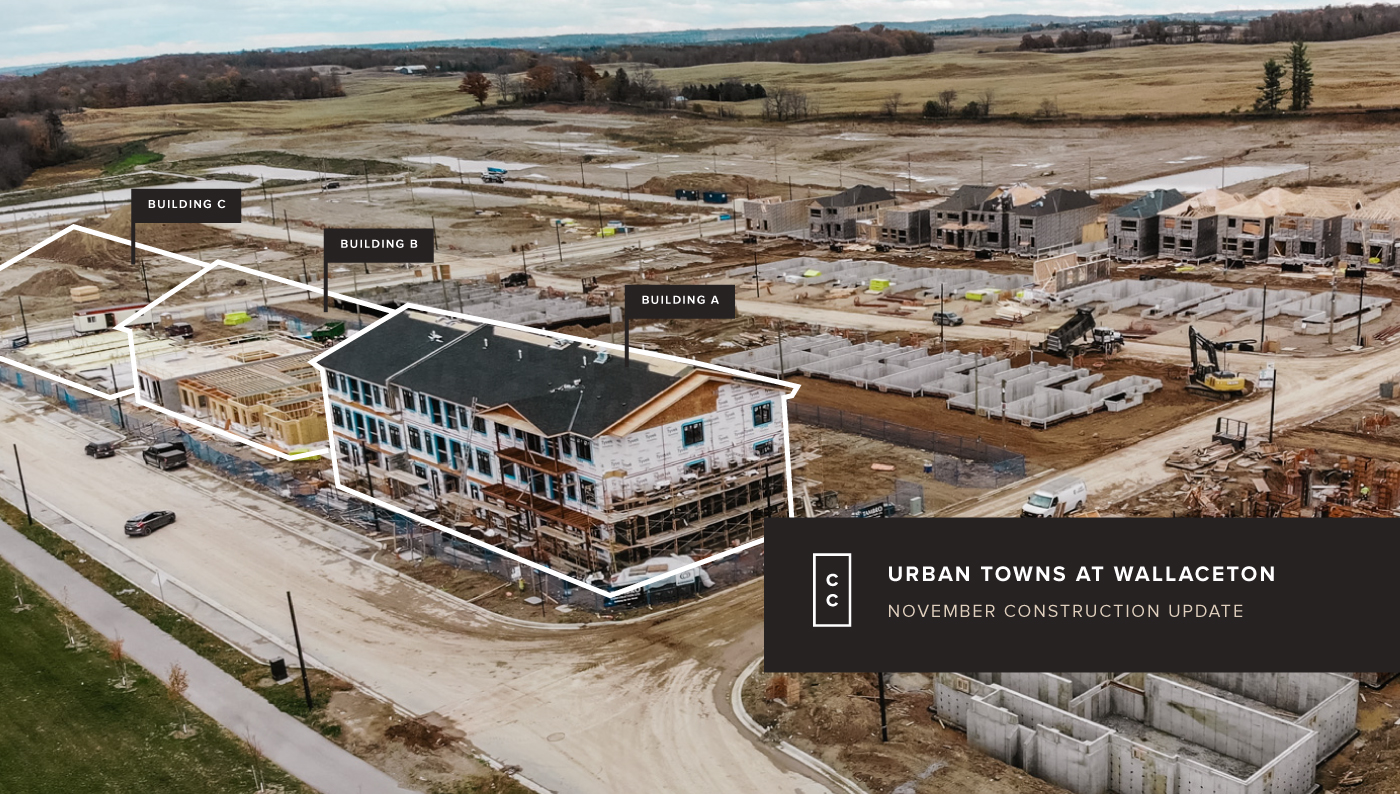 Location: John Wallace Dr. Kitchener, ON Number of units released to date: 70
Next release of units: TBD - stay tuned! Construction progress: Phase 1 - Building A is nearing completion with electrical, plumbing rough ins underway and roofing and brick veneer almost complete. The framing at Building B is 50% done with windows and sliding doors starting next week and roofing in early December. At Building C the foundation is done and framing has started.

Location: 83 Elmsdale Dr. Kitchener, ON Number of units released to date: 113 Next release of units: Spring 2021 Construction progress: Construction has commenced with underground servicing underway. Construction on the foundation is planned for the next few months with estimated Phase 1 completion still on target for Summer 2021.

Click here to connect with a Condo Culture REALTOR® to learn more about these projects and to get early access to the next release of units.